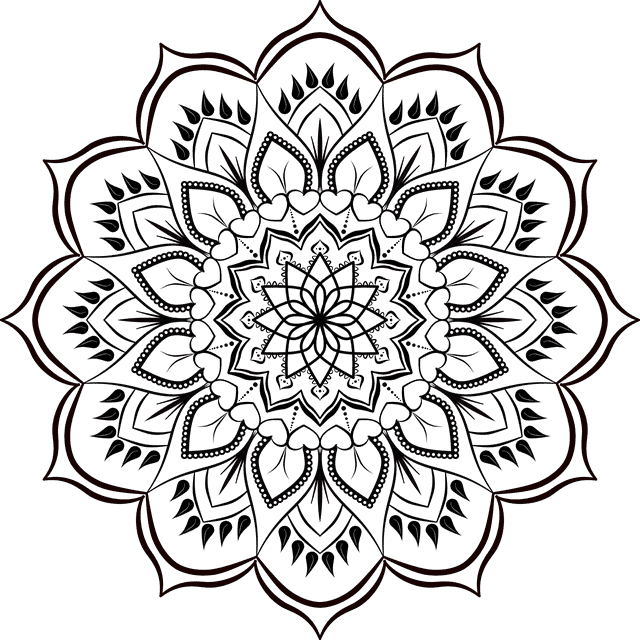 You are probably familiar with drawing or colouring Mandalas to relieve stress. But, do you know anything about Yantras, a similar kind of representation?

Mandalas and Yantras are geometrical drawings. Yantras are used as tantric tools for the worshipping of the Divine Feminine. Mandalas are representations of your inner and outer wolds and a symbol of the totality of existence. You can use both Yantras and Mandalas during meditation and your spiritual quest.

Mandalas are a lot more popular than Yantras. You may get confused thinking a Yantra is a Mandala. At least that was my case. I thought Yantras were simplified Mandalas, with fewer colours and forms. My surprise was to discover the complexity of Yantras and its mystical power.  Let’s find out what Yantras and Mandalas are.

Mandalas are drawings, diagrams or models that represent the Cosmos, the Infinite and the Universe. A mandala symbolises the totality of existence. A mandala is a representation of all the forces in the Universe that create it and make it what it is. A mandala is the entrance to discover the spiritual world.

The centre of a mandala is considered a sacred space. In Hinduism and Buddhism, mandalas are tools for meditation, prayer and contemplation. The power of the mandala is in its centre.

The centre of the mandala represents the Universe, and at the same time, it’s you as part of this Universe.

When you draw a mandala, you do a visual representation of your inner and outer worlds. You can use different materials to make a mandala. A mandala can use various media in its construction such as paint, cloth and sand.

Some traditions make mandalas utilise a circle bounded by a square with four entry points that lead to a central image. The central image represents the goal of the practice- self-realisation or enlightenment.

Yantra is part of Tantra. Yantras are used to worship the Great Mother, the Divine Feminine in its different Goddesses expressions in the Indian tradition. Some yantras in India are 10 to 11 thousand years old.

A yantra is a visual image with a sound attached to it. It always has a mantra associated with it. The mantra frequency defines the yantra. This vibration is its energy blueprint.

A yantra has a symbolic and geometric aspect. The power of the yantra lies in its centre. This centre represents the centre of the Universe and your inner self as part of the Universe. A yantra is made using geometric shapes or iconography images of deities.

A yantra starts at the central point called Bindu, from it other geometrical shapes irradiate in layers. The common geometrical shapes are triangles, circles, hexagons, and lotus petals. The surrounding is usually a square, which corners represent the cardinal directions.

Differences Between Yantras and Mandalas

Mandalas of different types appear in various cultures and traditions around the world. Yantras are common in the Hindu and Buddhist tradition.

You can understand mandalas as expressions of your inner self that tries to communicate with the world and show you that you are part of this cosmic energy. As an expression of yourself, Mandalas can be more artistic and have different colours, shapes, and layers. But, yantras follow symbolism, uses three main colours white, red, black.

Mandalas can be of any size; yantras on the other side tend to be small. Yantras are painted and made on a flat surface or in a 3D shape. Mandalas, instead, can be made of different materials and on different surfaces.

The idea behind the mantra impressed on a yantra is that it gives the energy and power for the manifestation of intention. If you worship the Deity of the yantra, your aim will get manifested.

A mantra is impressed in a yantra through a spiritual ritual of consecration. The power of the yantra is enhanced by the mantra, which gives it a specific vibration that has a particular purpose.

What Are Yantras Used for?

Using Yantras have many benefits:

Now, you have a better understanding of what Yantras and Mandalas are. They have similarities, but they also differ significantly in their meaning and intention.

You can use both if you are following a spiritual path or if you are more inclined to the artistic aspect Mandalas can nourish your creative spirit.

How Do You Use a Yantra?

A yantra needs to be consecrated before you use it, and you should also perform a small ritual to connect to your yantra.

What Is a Personal Mandala?

A personal mandala is a mandala that you create. You focus your attention on your drawing as you move along your mandala, and you express your innermost desires.