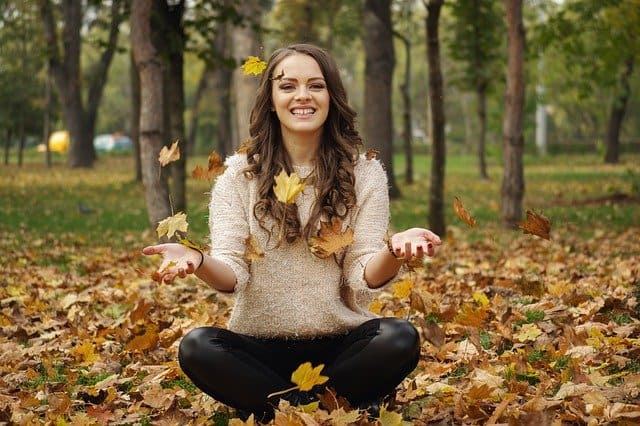 You are probably familiar with yoga, asanas and maybe meditation. But have you heard of laughter yoga?

So, What is laughter yoga? Laughter yoga is a laughing technique that applies yoga breathing exercises or pranayama. Laughter yoga was created in 1995 by Madan Kataria, and since then, it has expanded throughout the world. A certified yoga laughter professional instructor guides a laughter yoga class. A laughter yoga class consists of gentle stretches, body movement, clapping, chanting or singing, and any other creative ideas to make it more fun.

Laughter yoga is more like a laugh group therapy that in a control way helps you to release emotional and physical stress.

Yoga is a holistic practice that originated in India 5000 years ago, and nowadays, it’s all around the world.

The word yoga means to unite, to bring together. Yoga aims to connect all aspects of you into one. So that your physical, mental, emotional and spiritual parts are in balance.

Yoga is experiential; you will go on a journey to discover yourself, your capabilities, limitations and go beyond the boundaries of your mind and body. Yoga is not a competitive practice; you go at your own pace; the only person involves in this journey it’s you.

Yoga has many aspects; yoga is asana, pranayama, chanting, meditation, and diet. Yoga can become a lifestyle. You can choose how much you want yoga to be part of your life by doing one or more aspects.

Yoga will bring awareness about your body and mind, so you will be better able to give your body what it needs. From basic survival as food, sleep and rest to more complex needs like love.

What Is Laughter Yoga?

Laughter yoga is a laughing technique that applies yoga breathing exercises. Laughter yoga was created in 1995 by Madan Kataria.

Laughter yoga consists of using gentle stretches, chanting, clapping, and body movement. A laughter yoga session is not focused on asanas or meditation but on creating space for you to be present and release your body and mind’s stress. You will break the inhibitions and connect to your inner child, to the playfulness in you.

A laughter yoga session is guided by a laughter yoga teacher who will direct you on what to do throughout the session. If you approach laughter yoga with an open mind and are ready to do the exercises regardless of how silly or useless you may think they are, you will be surprised that laughing as an exercise can help you release stress and feel better.

Maybe one of the biggest challenges you will face when doing laughter yoga is yourself. Your mind will resist the idea of laughing for no reason, even more to the idea of forcing a laugh. But as you persist, you will see how much you can learn about yourself and overcome the resistance, judgement and criticism you have about yourself.

Laughter yoga is practised in groups; you are very likely to have eye contact with the other participants. You will see that soon after starting the laughing exercises; your fake laugh becomes a genuine laugh from the core of your being.

Is Laughter Yoga Good for You?

Laughter is automatically associated with happiness. When you are happy, you smile, you feel fulfilled, and everything around you looks better. Laughter has been studied and proved to bring many benefits to your health. The most exciting thing about laughter is that your brain doesn’t differentiate between a laugh that is created at will to the spontaneous one.

Laughter yoga is practised in a group; this can help you gain the confidence to be around other people performing a laughing act.

Laughter yoga combines breathing exercises with laughter exercises that can oxygenate your brain and your whole body. When your body is well oxygenated, you have more energy and better health overall.

Physiologically the fake laugh and the real laugh have just the same benefits. So, practising laughing techniques like laughter yoga will benefit your well-being. You can learn to laugh without reason, without jokes or comedies. Laughter yoga can help your body to express emotions.

Scientifically, laughter has been proved to lower the level of stress hormones like adrenaline and cortisol.

How to Practice Laughter Yoga?

Other laughing techniques in laughter yoga consist of producing clicking noises and laughing right after, pretending to feel an electric shock or burn when you touch different surfaces and laugh.

You can release emotions or traumatic moments by saying those experiences and then laughing.

You can do a clapping exercise mixed with humming, turning louder and louder and becoming faster and wilder.

Laughter yoga has many benefits for your health. Studies have proved that laughing can reduce the stress hormones cortisol and adrenaline. Laughter increases other good hormones like dopamine, which fuels your motivation and drive in life.

Laugher enhances the release of the happy hormones that you may have heard of “endorphins”. These happy hormones act as a natural pain killer. Laughter yoga has the power to release emotional and physical stress. By reducing stress, your immune system will be more robust.

Physically laughter releases the tension in the body, particularly from the belly. This is particularly important because many suppressed emotions are stored in this area. Shoulders are also relaxed, so your posture improves, and you will have a feeling of openness. Your facial muscles will be more supple.

Laughter also reduces blood pressure; it can help people suffering from respiratory ailments like asthma and bronchitis by increasing the lung capacity and releasing the mucus.

Laughter yoga isn’t meditation, but it certainly provides you with a break from experiencing anger, stress, sadness, guilt or any other negative emotions, which in itself will make you feel better.

Laughter yoga can help you connect to others. Laughing is contagious; it’s a sign of happiness. Being in a group of strangers that are laughing together will create a bond of camaraderie.

Laughter yoga will give you a big rush of stamina. It can help you bring a positive attitude to your life, you have to experience it, but you will feel more enthusiastic and optimistic after a laughing session.

Hopefully, now you have a better idea of what is laughter yoga and what you can expect from a yoga laughter session.

Laughter yoga can be the right way for you to relax, de-stress, bring happiness to your life and connect to others in a group.

Laughter yoga follows the principle that fake laugh is as good as a real laugh because the brain cannot distinguish the difference, so you get all the benefits of laughter

Laughter yoga is a fantastic way to laugh your heart out to relieve stress. Laughter yoga follows the principle that a fake laugh is as good as a real laugh because the brain cannot distinguish the difference, so you get all the benefits of laughter. Laughter yoga is not the traditional asana type of yoga, but it also aims to enhance your well being and release emotional and physical blockages in your body.

What Are the Benefits of Laughter Yoga?

Laughter yoga can improve your health as laugh boosts your immune system. You will be happier with the release of endorphins. You will be more relaxed as your cortisol, adrenaline and your muscles relaxed through the laugh. After a laughter yoga session, you will feel more enthusiastic and optimistic.

How Do You Do Laughter Yoga Alone? 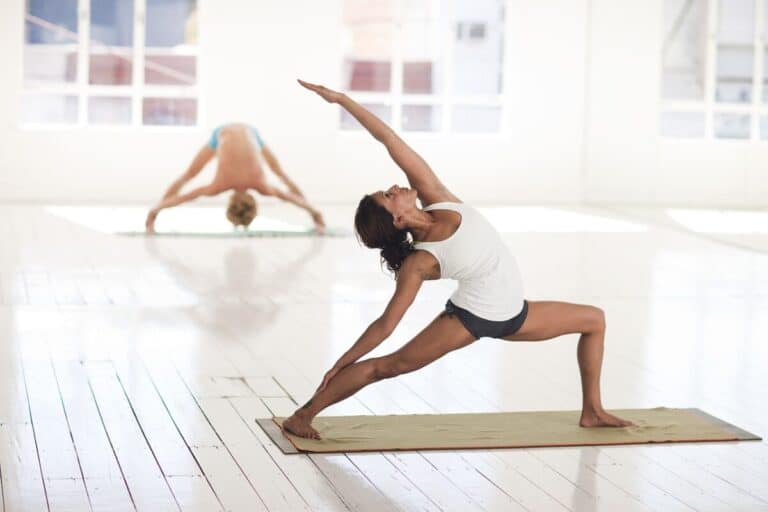 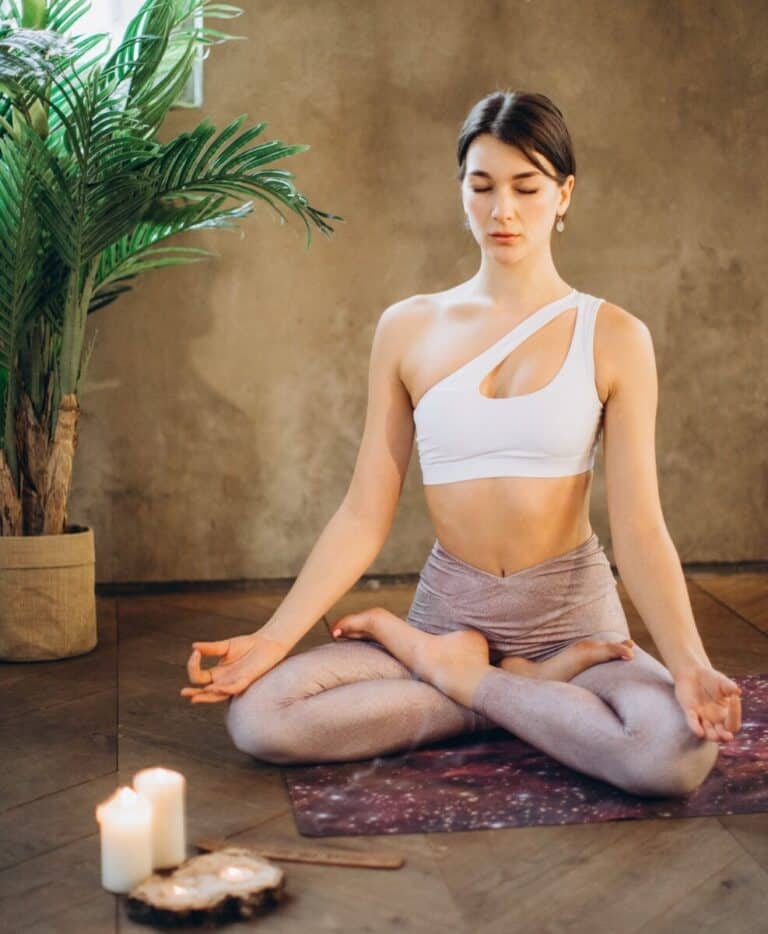 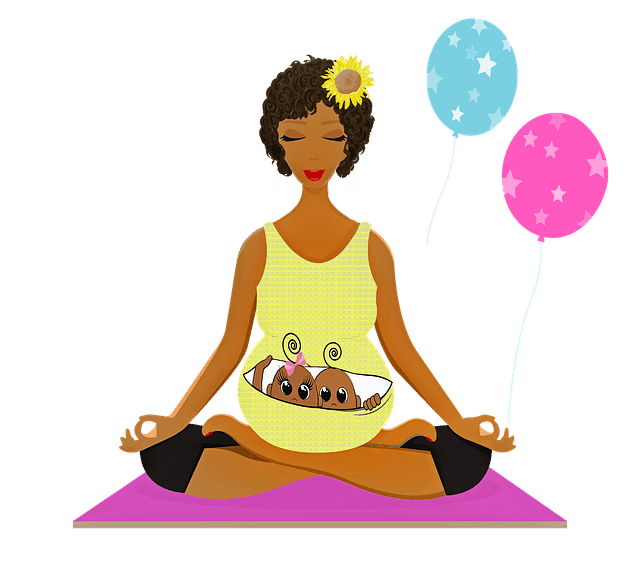 Are you wondering what is prenatal yoga for yourself or for someone you care about?  Prenatal yoga is a holistic practice developed specifically for pregnant women. Prenatal yoga helps women through their 9-month journey to connect with their unborn baby. Prenatal yoga eases the discomforts of pregnancy. Prenatal yoga prepares the mum physically and emotionally…

Sun Salutation is one of the most popular yoga sequences. Did you know that its name in Sanskrit is Surya Namaskar? There is one mantra for each of the positions of the Surya Namaskar sequence.  Tadasana – Standing mountain pose Urdhva Hastasana – Raised hands pose Padahastasana – Hands under feet pose Ashwa Sanchalanasana –… 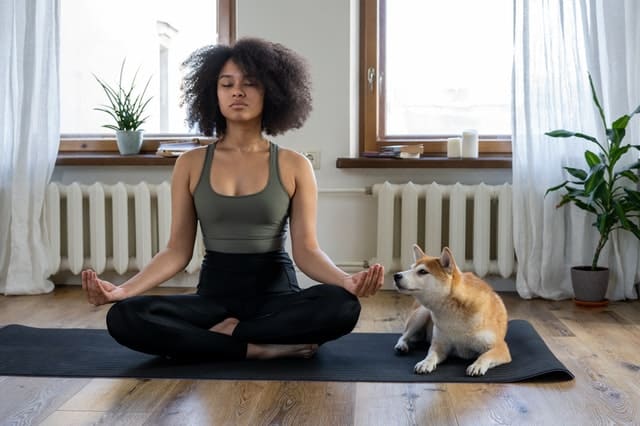 Do you like yoga, and you also have a dog? Well, you have just fulfilled the two requirements to start a new experience called Dog Yoga. Dog yoga is a trend that has been around for almost 20 years. Dog yoga consists of bringing your canine friend to your yoga class and do some poses…